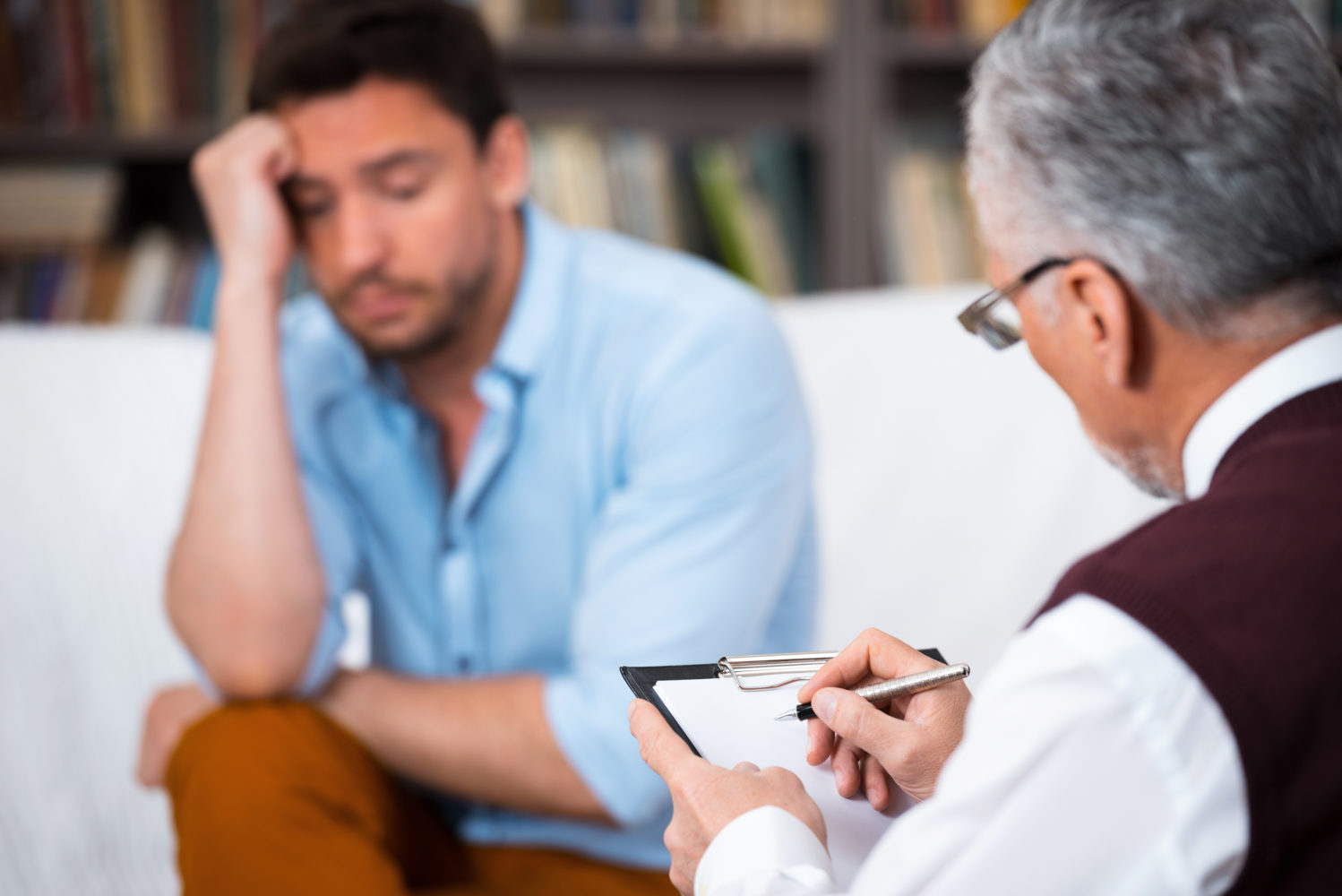 “OCD (Obsessive-Compulsive Disorder) is like playing chess against your own brain”. This is how one of my patients described to me recently his ongoing struggle with OCD. The metaphor implies that OCD is somehow as smart as our brain. We could look at it as part of our brain constantly being busy, trying to protect us against a danger that seems to concern only us. The perceived danger is different for everyone. For some, it’s the invisible germs on the toilet door handle. For others, the threat has the form of a thief who is undoubtedly lurking in the darkness, waiting for us to forget to lock the front door.

OCD, like other mental health issues such as Autism, is viewed as a spectrum. The vast majority of people with OCD symptoms will, fortunately, never experience the degree of impairment needed to meet the diagnostic threshold. We use the term ‘subclinical OCD’ in these cases. Reassuringly, most people with subclinical OCD will never develop full-blown OCD, and often sub-clinical OCD can be considered more a character trait rather than a mental disorder. Being ‘very OCD’ is distinct from actually ‘having OCD’.

What’s new in the treatment of OCD?

One interesting thing about OCD is that the placebo response is very poor when compared to other mental health conditions such as depression. Although we don’t know the exact reasons for this, we interpret the very low placebo response as an indication that the condition has a strong biological component.

We know that OCD affects brain circuits involving the neurotransmitters serotonin, dopamine and glutamate. The medications we use to treat OCD act on the serotonin system (like fluoxetine or Prozac) or the dopamine system (like risperidone or Risperdal). The most recent lines of research are exploring drugs acting on the glutamatergic system. We also have some emerging evidence that other medications (lamotrigine, memantine and N-acetyl-cysteine among others) may be effective for some patients. Following some successful research on ketamine for depression, there are ongoing studies exploring the potential of using ketamine to treat those with OCD.

Cognitive-behavioural therapy (CBT) is a type of psychological treatment that is very effective in treating OCD and is generally a very effective treatment option. Whether to use therapy or medication (or both) depends on several factors, such as the person’s preference or the particular characteristics of their OCD symptoms.

Repetitive transcranial Magnetic Stimulation (rTMS) is a non-invasive method of brain stimulation. The basic principle of rTMS is to target short magnetic pulses over the scalp to produce electrical currents in the specific brain regions.

Although rTMS is often known for its potential to help with depression, studies targeting brain regions specific to OCD have also reported a clinically significant decrease in OCD symptoms

The Nightingale Hospital, in partnership with MagnaCentre, combines the latest evidence-based protocols for OCD with their state of the art H-Coil system to treat OCD. The standard protocol consists of 29 daily treatment sessions, each lasting 20 minutes, usually administered over a period of 6 weeks.

In recent years we have also learnt a great deal about ‘compulsive’ hoarding, which we used to consider a symptom of OCD (such as checking locks or lights, or hand-washing). Our perspective on hoarding has changed drastically. In 2013 ‘Hoarding Disorder’ was included as a new diagnosis in the DSM-5 (the reference manual that psychiatrists use to diagnose mental disorders in the USA). This new description signifies that hoarding is no longer considered ‘compulsive’.

Research has overwhelmingly shown that hoarding is very different from OCD. Research in genetics and neuroimaging supports this view. Hoarding does not improve with medication. It requires intensive psychological therapy, ideally at home, so the therapist can assist the person with the unbearable feelings of loss and distress when trying to discard items that most people would not find hard to get rid of, such as an old newspaper.

Whenever I have the opportunity to speak about hoarding, there is generally someone in the audience who knows somebody who is reported ‘a hoarder’. Similar to OCD, hoarding behaviour is also distributed on a spectrum, and therefore the majority of people with hoarding tendencies would not meet the diagnostic criteria for Hoarding Disorder. If you are concerned that someone you care for may have hoarding problems, the Clutter Rating Scale is a useful resource. Although the amount of clutter is just one factor to consider for the diagnosis, a score of 5 or more suggests that a person may have Hoarding Disorder.

OCD and the microbiome

The gut microbiome (that is, all the microbes living in our gut) has become a topic of major interest in the last two years. Emerging research suggests that changes in the composition of our gut bacteria may influence anxiety and mood. Recent studies also involve gut bio flora as a factor in OCD. So far, research has only shown that individuals diagnosed with OCD tend to have lower abundance and diversity of microbial populations in their gut. The concept of a ‘microbiota-gut-brain axis’ implies that this relationship appears to be two-way. Although we have only started to unveil the intricacies of the gut-brain connection, it’s definitely a very exciting avenue for further research.