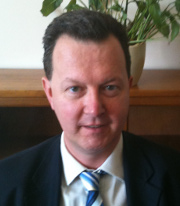 One of the most interesting observations of life in the digital world was made recently by young people participating in an excellent youth-led inquiry into cyberbullying. They highlighted the difficulties of emerging from the anonymity afforded them on children’s sites to complete transparency on social media in the teenage years, interacting under their own name.

The inquiry, organised by Luke Roberts of Resolve Consultants (http://resolve-consultants.co.uk/), enabled young people to pose questions to experts on issues that mattered to them. Whilst much more will emerge from that event, the observation that young people go from being anonymous online in early childhood, to being identifiable at adolescence was a very present issue for them. This also occurs without any guidance on how to manage that process or how to behave once the digital cloak of invisibility has been removed. Young people clearly find this leap in exposure, when they start to interact under their own names (even if they do swap or use each other’s accounts) daunting, as comments and postings become traceable and permanent. The curtains are thrown open as young people begin to create their online profiles and digitally and publicly document their lives.

If this transition were on its own, it might be less daunting, but it is a curious aspect of developmental progress in the world that simultaneously they face even more challenges. Largely coincident with this step, and within a short space of time, a child moves from the protected, smaller space of primary school, to the usually larger, fraught environment of secondary school, where you will certainly not be the most cool, knowledgeable or largest young person there. The burden of inexperience there is not easy. But during this transition within education, there is yet another transition in progress; the ‘transformations of puberty’ as described by Sigmund Freud. Virtually every aspect of our bodies systems are refashioned during puberty, in preparation for adult life, and there are temporary disturbances in their functioning during this process. You simply are not what you were, and will never be so again.